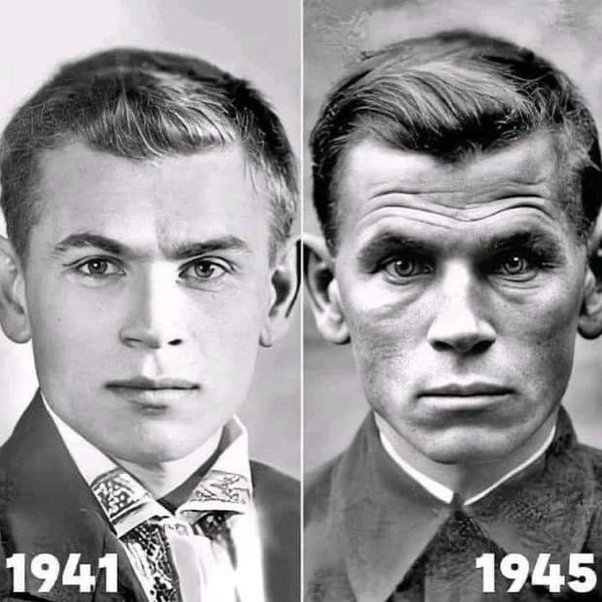 I thought it would be informative to share his backstory so here it goes:

The man in the photo is Evgeny Stepanovich Kobytev. In 1941, he was a young man who had aspirations of becoming an artist as he loved painting portraits and landscapes. He had just graduated from the Kyiv State Institute in Ukraine and was looking to embark on his career as an artist when Germany invaded the Soviet Union. Kobytev had to set his dreams aside to fight in the war.

He fought in several fierce battles in Ukraine, but was wounded in September of 1941 and became a prisoner of war. He was locked away in a prison camp called “Khorol pit” (Dulag #160) where approximately 90,000 civilians (including Jews) and POWs died. The camp was built upon what used to be an old brick factory and only had one barrack to provide shelter. Those that managed to get a spot in the barrack were crammed inside like sardines. Inside, the stench was unbearable but it was better than living outside, completely vulnerable to the elements.

Kobytev spent two brutal years in the camp, before he finally managed to escape. He then quickly rejoined the army and served out the remainder of the war fighting in battles to liberate German-occupied cities in Ukraine.